Cheers to seeing old friends and feeling like nothing has changed at all. Iris has been a long time friend of mine since my high school days, has been on hiatus for a while and a really close friend of mine bumped into her while she was on a vacation in Asia. (Very small world) Its scary, haha!

Anyway, going back to the topic of “everyone’s a model” I mentioned the idea to her and she was very excited about the idea and we decided to give it a go. The shoot was quite last minute and we both can’t decide on how I would shoot her and where. Thanks to the unpredictable Vancouver weather, it started snowing in the middle of the shoot and light suddenly became dark. We were both freezing our asses of, trying to keep it cool (literally and figuratively). Iris suggested a park near her place and that’s where we went.

So here are some of the shots!

She really wanted a photo with the swing and might I say it turned out pretty darn well. 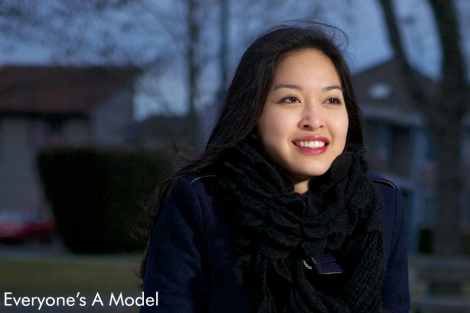 Staring into somewhere, can make a great stock photo.

Last two photos could be used for an advert for boots.

So as you can see, this was a last minute shoot, nothing really planned, weather was against us and we still managed to pull off some amazing photos!